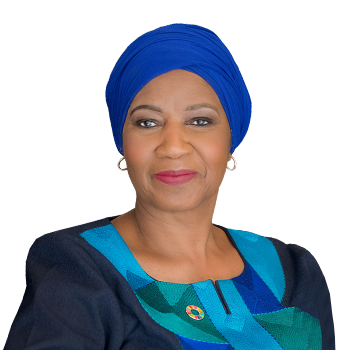 Phumzile Mlambo-Ngcuka/ Independent– From the swearing-in of US Vice President Kamala Harris to the Estonian Parliament selecting a female prime minister – champions of women’s rights have had much to celebrate in recent weeks. Yet despite women’s increased engagement in public life, equality remains a distant target.

At UN Women, we did the maths. If current trends hold, it will take approximately 130 years to achieve gender parity in heads of government. In other words, unless current world leaders prioritise the inclusion of women in decision making, no one reading these words will live to see women equally represented at the highest levels of government and public life. The world cannot afford to play out this timeline.

A sobering 119 countries have never had a female leader and, currently, only 22 countries have a female head of state or government. The barriers persist at all levels of government, across the public sector and civil society. A mere 14 countries have achieved 50 per cent or more women in cabinets (the Biden-Harris Administration just missed becoming the 15th when they announced that their impressive and historically diverse cabinet will include 48 per cent women). Similarly, only four countries have elected a majority of women in parliament.

Over the past year, we have seen women-led countries like Bangladesh, Germany and New Zealand fare better than many neighbouring nations in fending off coronavirus, while the lack of women in the public sector has left governments desperately ill-equipped to respond to the multifaceted crisis. We also witnessed how global prioritisation and cooperation can – swiftly – move mountains. As they did with vaccine development, countries must now fast-track actions to increase women’s participation in leadership and decision making.

So, what will it take to get there? The recipe for transformative change to advance gender equality starts with political will. Other key ingredients include funding for women in public life, gender-responsive institutions pushing for equal participation, and engaging men in recognising that gender equality benefits them, too.

Our analysis points to gender quotas as a successful tool and an essential step for countries striving to improve representation in elected office. Of the 23 countries that have reached or surpassed 40 per cent of women in parliament, more than two-thirds have applied gender quotas.

However, we will not succeed without eliminating gender-based violence. Over the past year, countries around the world have reported spikes in calls to domestic violence hotlines as government lockdowns and social-distancing measures in some cases trapped women and girls with their abusers.

Alarmingly, our new analysis found also that right across the world, women in elected office experience increased violence. Women parliamentarians recently reported experiencing nearly twice as much exposure to ill-treatment and acts of violence compared to men. Cyber violence has also been on the rise since before the pandemic. One study showed that more than 80 per cent of women parliamentarians surveyed globally experienced on-the-job psychological violence, one in three experienced economic violence, and one in four experienced physical violence, and one in five sexual violence.

Our analysis and its recommendations – prepared for the secretary general’s report ahead of the UN’s annual meeting on the status of women next month – will also inform discussions at the Generation Equality Forum. Co-hosted by UN Women and the governments of Mexico and France, these events open in March and aim to accelerate gender equality and enable the participation of all people, especially young women.

There, we will call on all decision-makers to take measurable steps to increase the participation and leadership of women in all their diversity, including by applying quotas, appointing an equal number of women and men to all public positions, providing access to financing to support women’s campaigns, and eliminating violence against women in public life.

For this call to be heard, we all need to pay more attention. Beyond governments and legislatures, we need gender-balance among judges, CEOs and boards of directors. It is up to us as citizens to notice – and call out – who is missing from the table and who sits at the head.