Women in the Constitution and Citizenship 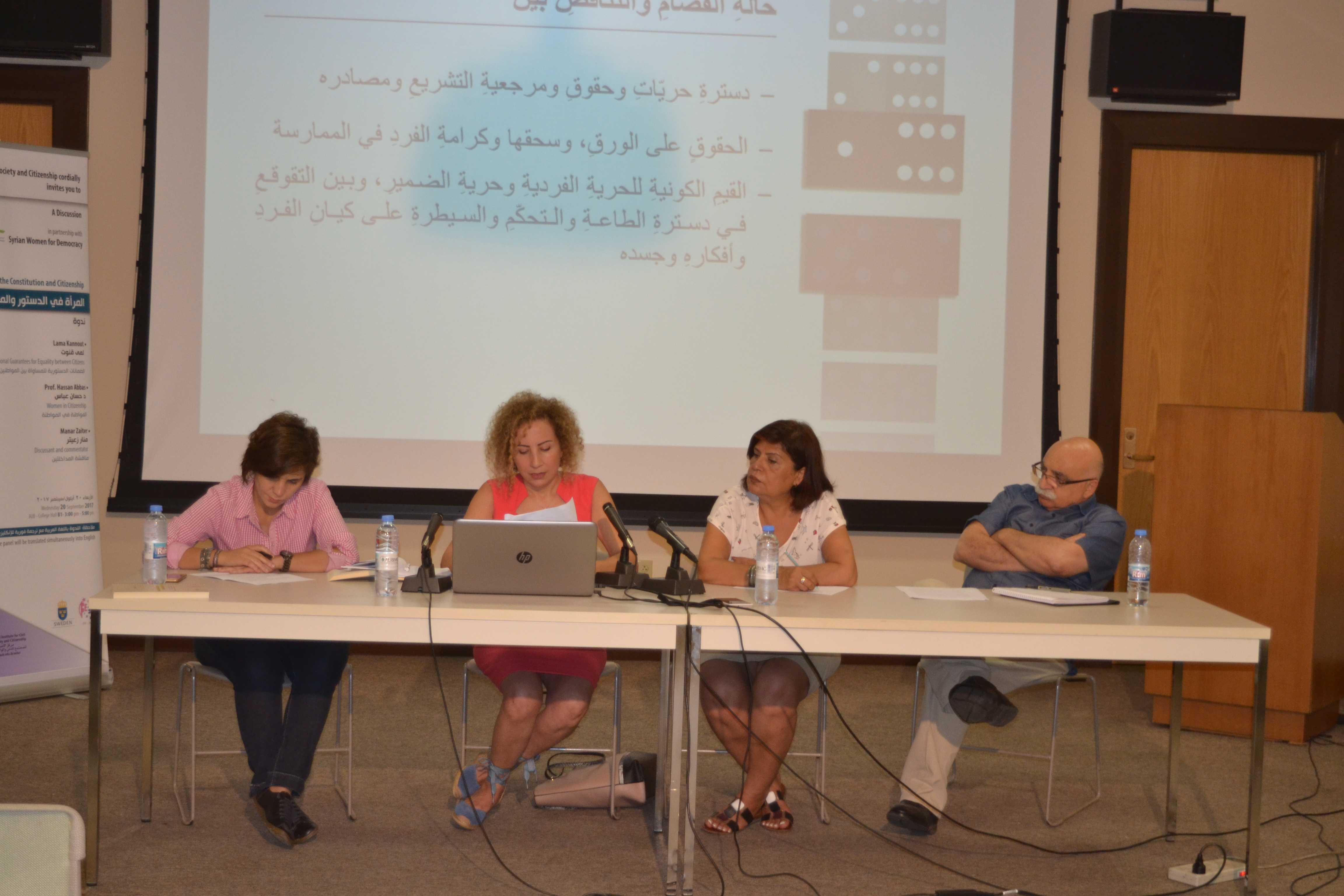 Beirut/CSWDSY- The Coalition of Syrian Women for Democracy held discussion entitled “Women in the Constitution and Citizenship”, in cooperation with the Asfari Center for Civil Society and Citizenship, and with the support of the Euro-Mediterranean Women’s Initiative and SIDA.

At the beginning of the discussion, Lama kannout, the coordinator of the coalition of Syrian women for Democracy presented a lecture entitled “Constitutional Guarantees for Equality between Citizens”. Which began with the importance of the opportunity of political transition in Syria to move towards a state of citizenship which its values ​​does not accept the fragmentation and carved out the trajectories of the transitional path towards democracy to advance Syria. And she stressed on the idea “As far as women’s issues are a foundation stone of the renaissance of society, we have no doubt that these particular issues are subject to migration and bargaining under the terms of cultural privacy and The administration of the sacred Of male stubbornness and insistence that we live as women in a patriarchal space designed to oppression and subjugation, forcing us to live outside of time, like to spend inevitably. 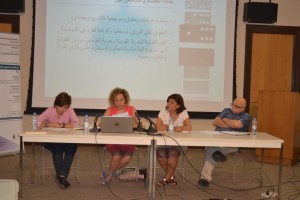 Then she added “because the revolution against despotism in all its forms as process, the battle of the Constitution and laws is one of its important stations, which lead to end the state of schizophrenia and contradiction and fluctuation that we live as Syrian.

This state is reflected in three areas:

Kannout gave examples of these three points and she then spoke about the constitutional guarantees of equality between citizens and the work of the Coalition of the Syrian Women for Democracy. She said “since the establishment of the coalition in 2012, it has focused on the introduction and dissemination of gender-sensitive constitutional principles”.

She also pointed out that the “gender-compatible constitution is a democratic constitution, which lead to correct the absence of the political, economic and historical presence of women, provides the legal basis for empowering them, ensures that they and men enjoy equal rights and protection in front of the law and practice, and are reflected positively on their interests which are currently subject to the rules of custom and jurisprudence, Discriminatory legislation “.

She then addressed the main principles that must be contained in the Constitution. And finished by saying “It is true that the political transition and the launching of the path of transitional justice is the only way to rebuild Syria on the basis of citizenship, but it is not enough to dismantle the structures of tyranny in the deep state unless we are legally deprived by the political and religious authorities of using violence produced for discrimination as a tool of subjugation. Transition to democracy is a long way and only women and men can make it.”

The second intervention was by Dr. Hassan Abbas under the title “Women in citizenship” in which he pointed to four points:

Then Dr.Abbas mentioned that the citizenship of Women will not be established on the paths of achieving it as long as the citizenship did not turn into a culture that includes all aspects of human activity: mental, spiritual, emotional and material. Citizenship, in addition to being legal, social and administrative relations, it is a culture, an effective culture that Controls the behavior of the individual / citizen and establishes the forms of dealing with the State and the public space and other citizens.And the way to it, is to give priority to education because the school is the factory of citizenship and in this sense is a factory with four production lines linked to the school’s educational, educational, rehabilitation and cognitive roles.

He also stressed that parallel to education, other socio-cultural mechanisms affect the consolidation of certain cultures and must be worked on to become paths to consolidate the culture of citizenship by opposing the cultures of differentiation and intolerance and racism towards women. The stereotype is one of the most influential of these mechanisms.

He added that the stereotype of the cultural carriers contributes to the formation of these images and its spread, the most important of the daily discourse and its embrace of frameworks: humor and popular ideals. Finally the media, especially the commercial propaganda, and recently the means of social communication that give masculinity and racism free areas through which the feeding of stereotypes without censorship or accounting. He ended, “In all cases, we know that citizenship is more and more a practice than a fixed given and a complete process of completion as the French political sociologist Etienne Balibar said”.

Then the Lawer Manar Zuaiter discussed the statements of Kannout and Dr.Abbas, raising three questions. How do we work on drafting constitutions that establish equality? And clarified to confusion between the social contract and the political contract in which the general public is located, the constitution is a social contract between the people or the national community in order to organize their rights and guarantee their freedoms without the ruler being a party to this contract. While the relationship between the people and the ruler is regulated by what we call the political contract.

These two agreements can only take off from the system of human rights principles and values. And the most important one is equality.  And she added that the mechanisms of protecting the constitution are the real guarantee so as not to be violated by the bodies and officials and does not issue legislation contrary to the spirit of the Constitution.

And then she dealt with the problem of not Constitution the principles and values ​​of human rights, especially the principle of interdependence, fragmentation, inequality and the double standard that countries live between their commitment to many international conventions And the establishment of the principle of equality .and in return to adhere to the peculiarities and characteristics of culture alien to the social structure. She then addressed the question that Kannout asked: How to strengthen citizenship?

And she concluded in the third question: What is the role of women’s movements and rights?She summarized it in four main points: the transformation into social movements to strengthen the relationship with rights holders, working within a political vision to produce democratic structures that establish modern constitutions and undiminished citizenship produce feminist political leaders, and work on constitutions within a comprehensive approach. 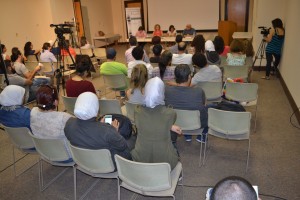