In the Darkness of War, Learning Gives Us Light 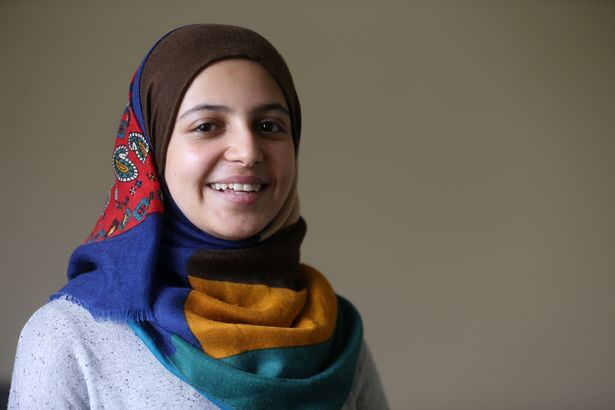 Muzoon Almellehan/ UN Chronicle - before the Syrian revolution began, and the subsequent descent into conflict that followed, my childhood was one of hope and peace. I had dreams and a clear sense of how to bring those dreams to life. I grew up in Daraa with my parents and siblings. My father worked as a teacher. We were happy. My aunts, uncles and cousins lived close to us. Sometimes I would pass by their home after school and we would talk about our day, play games and do homework together. I was surrounded by people I knew.

School was the biggest part of my childhood. It was where I learned about myself, my ideas and my dreams. As I gained knowledge about the world, I started to contemplate what my role in it would be. I loved to write and thought that one day I would become a journalist, travelling to places where my stories would shine a light on people’s lives, on their successes and their times of suffering. Never in those moments did I think I would soon be embroiled in the suffering I had once thought I would be reporting on.

Yet, when I was around 12 years old, my world became consumed by war. Over time, my journey to school became too dangerous, as did sitting in the classroom where I had once felt safe. I was no longer able to walk freely to visit my relatives. Instead I stayed home, and on the days I went to school, I returned straight home afterwards. The neighbours’ children no longer played in the street, and I no longer looked out of the window to watch what was happening. Hearing the sound of bombs and gunshots was enough to know what was going on, and I didn’t want to watch the destruction take place. Before long, my father was unable to work; the violence had become too much. My friends and I couldn’t see each other like we used to. We still tried to be there for one another, but life was difficult. Everyone’s lives became hard.

By early 2013, the shelling had intensified and many of our friends and relatives had been forced out of their homes. It was time for us to flee, too. We crossed the border into Jordan and made it to the Za’atari refugee camp. The first thing I did was find out if there was a school for me to attend. I was so relieved when I learned that there was one. I was eager to find out what kind of school it was, what I would be taught and who my classmates would be. As I walked across the camp to class, I passed by people in their shelters. I remember looking at them and wondering how long they’d been there and how much longer they’d have to stay. I was surprised to see children, including many girls my age, also remaining in their shelters. Why weren’t they in class?, I asked myself. When I learned that many of them and their families had lost faith in education, I went from tent-to-tent campaigning for girls to go to school. It was from that moment I became an education activist, and later, a United Nations Children’s Fund (UNICEF) Goodwill Ambassador.

The power of education reaches far beyond the individual child and his or her family. Education is a strategic development opportunity. Better educated girls and boys are more likely to be healthy and earn higher incomes. They are more likely to create peaceful, prosperous economies and societies. When girls are able to complete a quality education, they are likely to marry later, have fewer children and provide them with better healthcare and education.

Despite the benefits of education being widely known and recognized, today more than quarter of a billion children are not in school. For those in school, a lack of quality teaching and materials, an outdated curriculum, or an unsafe or discriminatory environment that is inconducive to learning means they are not empowered or equipped with the skills that they need to make the most of opportunities, or to create new ones for themselves.

Conflict and disaster are major causes of children missing out on school. As many as 1 in 3 of the world’s out-of-school children lives in a country affected by war or disaster. We must ask ourselves, what chance of peace do these children have if they cannot go to school? For children caught up in war or uprooted from their homes because of violence, climate change or extreme poverty, education not only provides a routine, a safe place to learn, and an opportunity to play and make friends. It also offers children a sense of normalcy when their lives have been turned upside down, and gives them a chance to help secure peace and rebuild their communities. It is for these children, and every child missing out on their right to learn, that we must speak out. No longer can we accept that children are not in school and not learning; no longer can we allow girls to be oppressed and discriminated against; and no longer can we rest until the right to education is respected—for every child.

The  UN Chronicle is not an official record. The views expressed by individual authors, as well as the boundaries and names shown and the designations used in maps or articles, do not necessarily imply official endorsement or acceptance by the United Nations.